The Guardian’s review of Bar Douro’s contemporary take on traditional Portuguese cuisine is famous for the legendary headline, “I had to restrain myself from licking the plate”.

And, from Tuesday 28th January, the team’s second site, Bar Douro City, will be opening in Finsbury Avenue with a more extensive menu that will “delve deeper into Portugal’s regional gastronomy from the Minho in the North to the Algarve in the South”. And for the first two weeks of opening, they’ll be offering 50% off food to diners who want to lead the foodie pack.

The menu will highlight regional dishes alongside national classics. Snacks include Croquetes de Alheira with smoked sausage from Mirandela in the North East, Fried Eels with Bairrada sauce, a local delicacy from coastal city, Aveiro; and the return of award-winning Sandes de Leitão (suckling pig sandwich in Bolo do Caco, a flatbread made with sweet potato from Madeira). 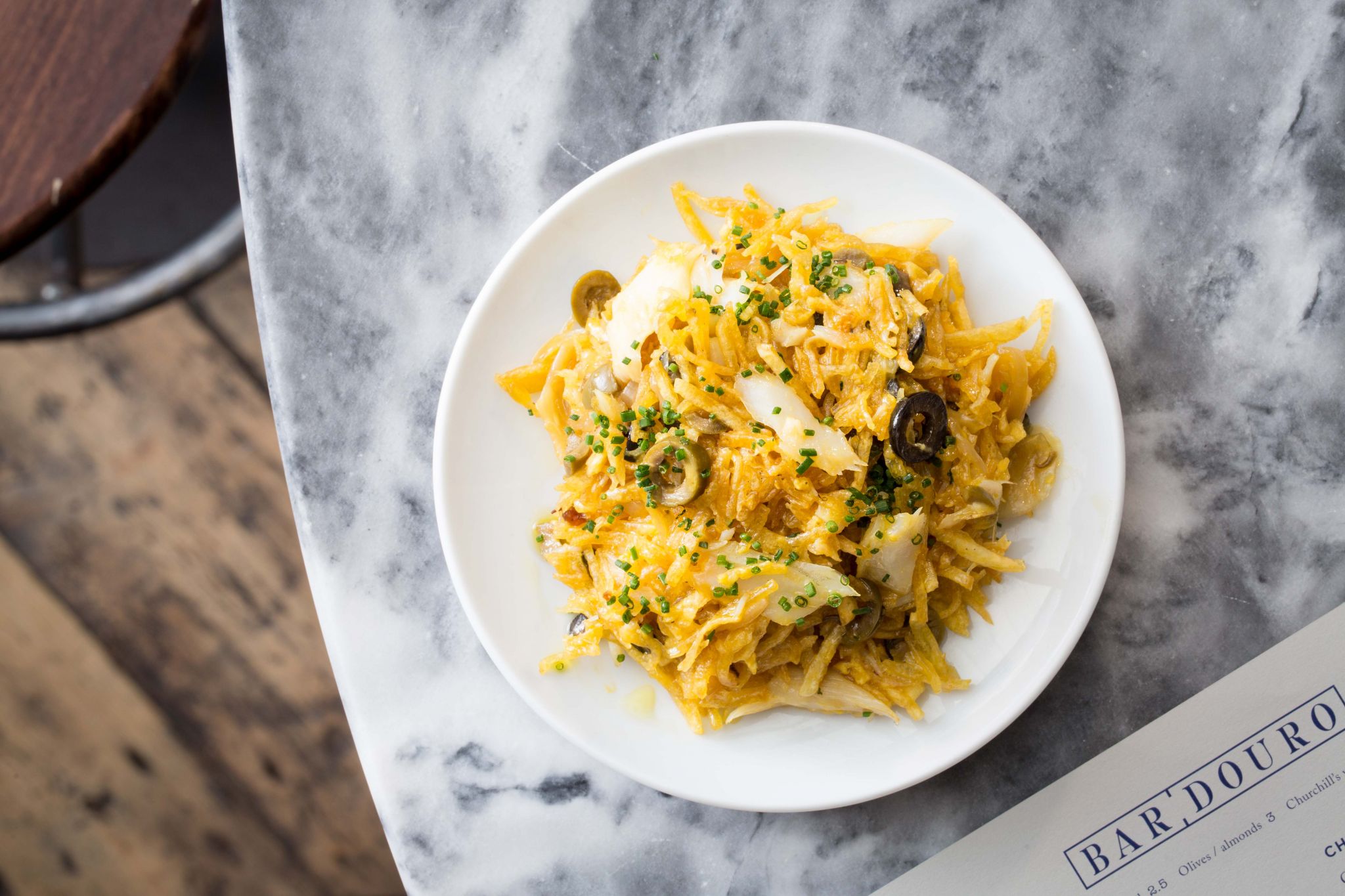 To finish, guests can choose from a selection of sobremesas including baked to order Pão-de-ló de Ovar, a gooey egg-based sponge cake, traditional Pastel de Nata’s served with cinnamon ice cream or feast upon a simple Tarte de Amêndoa, loaded with toasted almonds.

Bar Douro City’s wine selection will journey through Portugal's growing regions from the Douro to the Azores, celebrating the diversity of the country’s wine offering and championing native grape varieties of which there are over 250. The menu will make up one of London’s largest selection of Portuguese wines which will include their changing house selection and a Cellar List of fine wines.

Bar Douro City will also launch with a programme of regular wine dinners and events that will host acclaimed and independent Portuguese winemakers. Located in a Grade II-listed building, the interiors will be led by architecture and interior designer Steph Gallia who has selected Portugal’s most famous furniture makers Olaio, to produce bespoke seating and furniture.

Benefiting from increased floor space than its sister site in London Bridge, Bar Douro City will feature an open kitchen with counter seating at the bar, a spacious dining room space, and for a true Portuguese dining experience, a sheltered outdoor terrace is available for alfresco dining all year round. Come and be the first to experience a taste of Portugal on your doorstep.

Bar Douro City will open on Tuesday 28th of January with soft launch taking place from the 28th January-11th of February with limited reservations for parties up to six people via city@bardouro.co.uk plus 50% off all food.

Opening hours:
Monday to Saturday 11am until 11.30pm
www.bardouro.co.uk
@bardouro